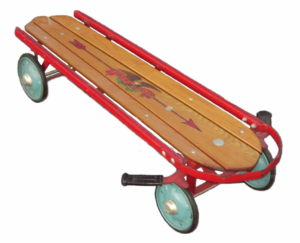 The year must have been 1958. It was Christmas. My parents (probably my dad’s idea) gave my brother a luge on wheels. They looked so cool and promised to be loads of fun . . . for boys! In reviewing internet remarks, some people refer to this as a Flexi-Flyer while others call it the Flexy Racer. Doesn’t really matter to me. I’m calling it . . . Lawsuit on Wheels.

Here’s a 1996 online comment from a fellow named Jim Kershner (emphasis mine):

Not only did I have a beloved Flexible Flyer sled, but I was the proud owner of a Flexy Racer, a Flexible Flyer product that was simultaneously the most fun toy on my block and the most dangerous toy on earth.

A Flexy Racer was essentially a Flexible Flyer with rubber wheels. No need for snow; all you needed was a nice steep street and a high tolerance for friction burns. You could steer it like a sled, and it had rudimentary brakes on the front wheels. However, the only reliable stopping method was to veer off onto somebody’s lawn and roll off.

Imagine the thrill of being 8 years old, screaming down the street at 20 miles an hour, six inches from the asphalt, no helmet, no gloves, no long pants. No wonder I loved my Flexy Racer more than any other toy; no wonder they quit making them 30 years ago, no doubt on advice from their lawyers.

Ten years ago on Answers.Yahoo.com (emphasis mine):

Anybody remember the “Flexi-Flyer?” It was a “land-sled” with wheels. You lay prone on the sled with your hands on the steering/brake bars. We had them in San Francisco, with its hills for God’s sake. I think the people who invented them must have hated kids. Really, we had fun until adults realized what they had wrought.

For those of you reading about this innovative contraption for the first time, consider this your introductory snapshot. On that fateful December 25th, I wanted to try out my brother’s new Christmas present. Our home on Mariposa Avenue had a long, steep driveway. Before assuming the prone position on the Flyer, no one so much as thought about giving me a crash course on how to STOP the thing. Nope. Just stood by watching as the Flyer picked up speed by the millisecond on that sloping stretch of asphalt. Less than halfway down . . . at the top of my lungs, I yelled “HOW DO I STOP?” Too late!! After somehow managing to negotiate a sharp, right-hand curve at the bottom of the driveway . . . there was the carport. At the end of the carport was a large piece of plywood standing on end. That’s what mercilessly stopped my momentum with a sickening thud. My face took the brunt of the impact! It wasn’t pretty. I didn’t lose consciousness, but my face was covered with bleeding cuts and scrapes. Basically, I was very messed up—in shock and considerable pain. Quite certain my nose was broken, too. In those days, parents didn’t rush their kids off to ER—they just took me in the house and patched me up. Had this occurred today, they probably would have been locked up for child abuse!

Only recently did it occur to me that this terrible incident could have broken my neck and rendered me a quadriplegic for life! Instead, God chose to protect me from more serious harm and graciously blessed me with more than 60 additional years to experience a full, rewarding life on this planet. 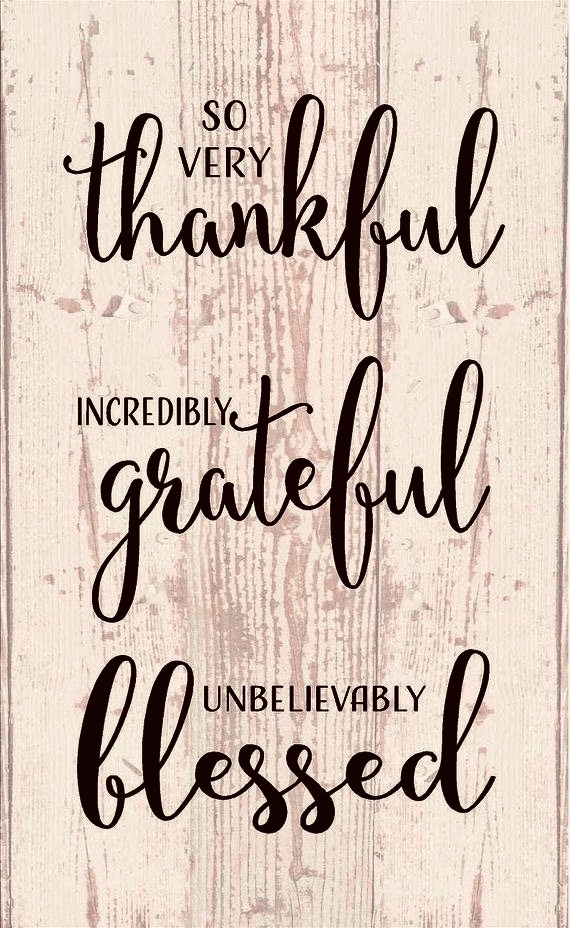 8 Replies to “My early survival story”