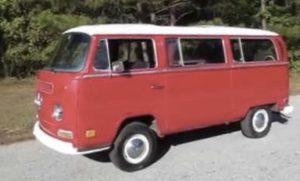 Through an amazing mix of circumstances, from autumn 1971 to the spring of 1972, I was enrolled at Bodenseehof—one of 26 Torchbearer centers with a commitment to providing young people with foundational teaching and practical training to live the authentic Christian life.

During the Christmas season, students would be required to pack all their belongings to be stored in a local barn and vacate the premises for three weeks to allow the school facility to host Christian conferences. A family receiving financial support from my home church was serving in Athens, Greece, with Greater Europe Mission. They graciously invited me along with a schoolmate named Christine to come stay with them for the entire three weeks.