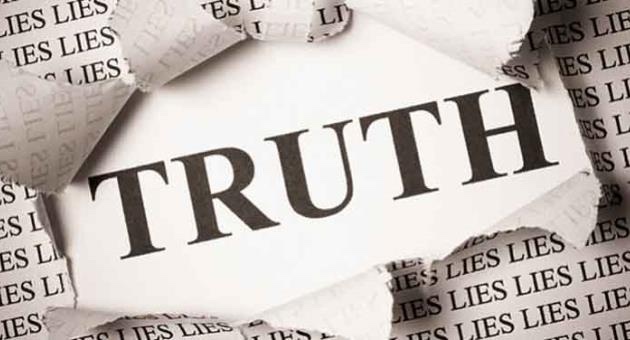 My favorite instructor during paralegal studies was and still is a brilliant, witty civil defense attorney. Always dressed to a T in his smart suit, tie, and polished shoes, he excelled in making Introduction to Civil Procedure a captivating course. Each week, after assuming his place in the front of the room, he emphatically declared—followed by a long-drawn-out pause:

Why did he repetitiously accentuate something so obvious? Because he wanted his students to keep at the very forefront of their minds and never forget:

People will look you directly in the eye and
without so much as a flinch . . .
LIE TO YOUR FACE!

Drawing from years of litigation experience, the teacher brought his assertion to life—utilizing seemingly endless, on point object lessons. The after-effects of choosing dishonesty rather than truth are far reaching and devastating!

Solomon wrote for us in Proverbs 6:16-19 – New International Version (emphasis mine)

There are six things the Lord hates,
seven that are detestable to him:
(1)  haughty eyes,
(2)  a lying tongue,
(3)  hands that shed innocent blood,
(4)  a heart that devises wicked schemes,
(5)  feet that are quick to rush into evil,
(6)  a false witness who pours out lies, and
(7)  a person who stirs up conflict in the community.

Did you catch that? Lying is so utterly despicable to God, that Solomon referenced it twice. Have you ever been faced with the upheaval of trying to recover from the aftershocks of someone’s betrayal?

A co-worker?
A “trusted” friend?
A neighbor?
A relative?
A witness?

Regrettably, our society condones lying . . . contributing to the notion that there is justification for dishonesty. You can oh–too–smoothly be deceived into believing that it will only take one “insignificant half-truth” to bail your way out of a complex predicament. However, in short order, a second lie is required to uphold the first; and now we can see an emergent pattern of habitual deceitfulness.

Cambridge – If something is second nature to you, you are so familiar with it that you can do it easily without needing to think very much about it.
Lexico – A characteristic or habit in someone that appears to be instinctive because that person has behaved in a particular way so often.
Wordsmyth – An acquired habit, characteristic, or skill that has been practiced so often that it appears to be part of one’s nature.

In the 14th chapter of the Gospel of John, Jesus had been in conversation with his disciples. As recorded in verses 4–6 (Living Bible), Jesus said . . .

“And you know where I am going and how to get there.”
“No, we don’t,” Thomas said.
“We haven’t any idea where You are going,
so how can we know the way?”

“I am the Way—yes,
and the Truth
and the Life.
No one can get to the Father except by means of Me.”

JESUS EMBODIES TRUTH.
It is impossible for Him to lie!
I’m far from perfect, but my life’s desire has been and still is
to emulate His character—to strive to be like Him.
Everything and everyone else pales in comparison.

5 Replies to “Settle for nothing less”