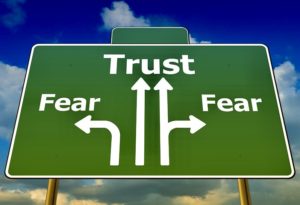 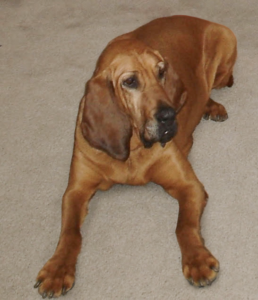 Throughout the remainder of her life, Agatha continued to overreact around large boxes, open drawers, and especially . . . other dogs. In my dogged determination (yip, it’s a pun!) to help her adjust to dogs, we persistently used many proven techniques, including professional assistance from canine behaviorists. However, months of confinement at the SPCA and situations she previously encountered, left a damaging smudge on her psyche.

But wait . . . this same redhead who used to tremble uncontrollably, poop, and pee when she saw a trash truck, grew enough confidence to do a hot load on a California Highway Patrol (CHP) helicopter! Think extremely loud—the rotors continue to whirl. It was a first for both of us. No words can adequately express how gratifying it was to witness her confidence as she boarded the copter along with me. She didn’t show an ounce of fear and even caught a few zzz’s during our courtesy flight! 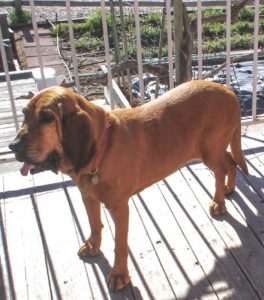 A thoughtful Amtrak supervisor arranged for a short jaunt on the Pacific Surfliner, and a supportive Harbor Patrol captain offered to take us for a ride on the bay in a patrol vessel. Agatha displayed no anxiety. This amazing, spirited bloodhound had waited for her genuine worth and potential to be discovered and be given the opportunity to develop that crucial bond of trust. Her courage more than inspired me.

Just as Agatha needed to understand she could trust me, I had to learn to trust her proficiency in following human scent trails. People are conditioned—”seeing is believing.” It isn’t easy switching gears and believing your high-powered bloodhound’s nose knows!

On a much higher plane, from my post On Passing Notes and Other Reflections, ” . . . the very personal God I have learned to trust . . .”

The living God is absolutely credible all the time.
Throughout my life there have been many challenging situations,
but nothing has proven too difficult for God to handle.

He has never let me down!
I have no cause to doubt Him nor question His love for me.
He is completely trustworthy. 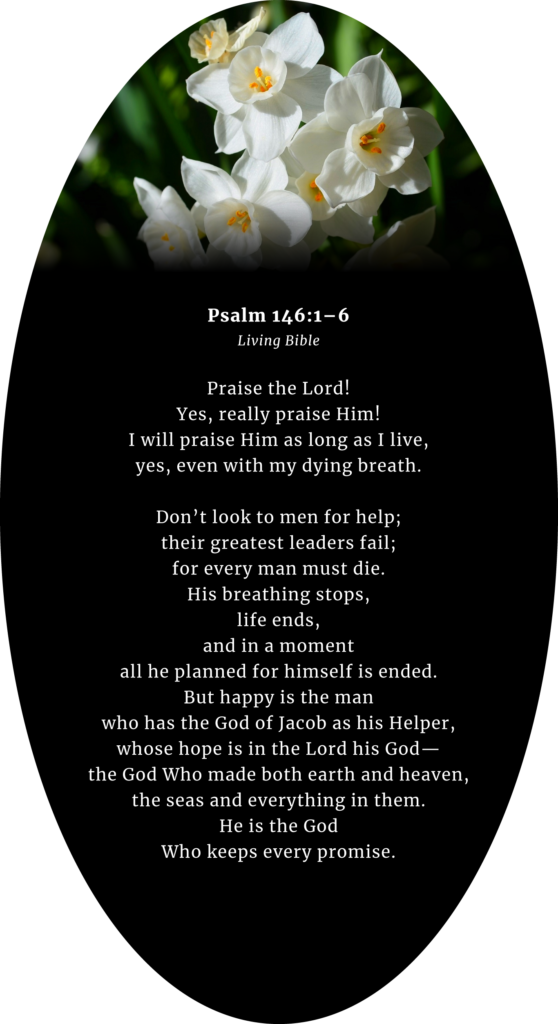 12 Replies to “Who should you trust?”